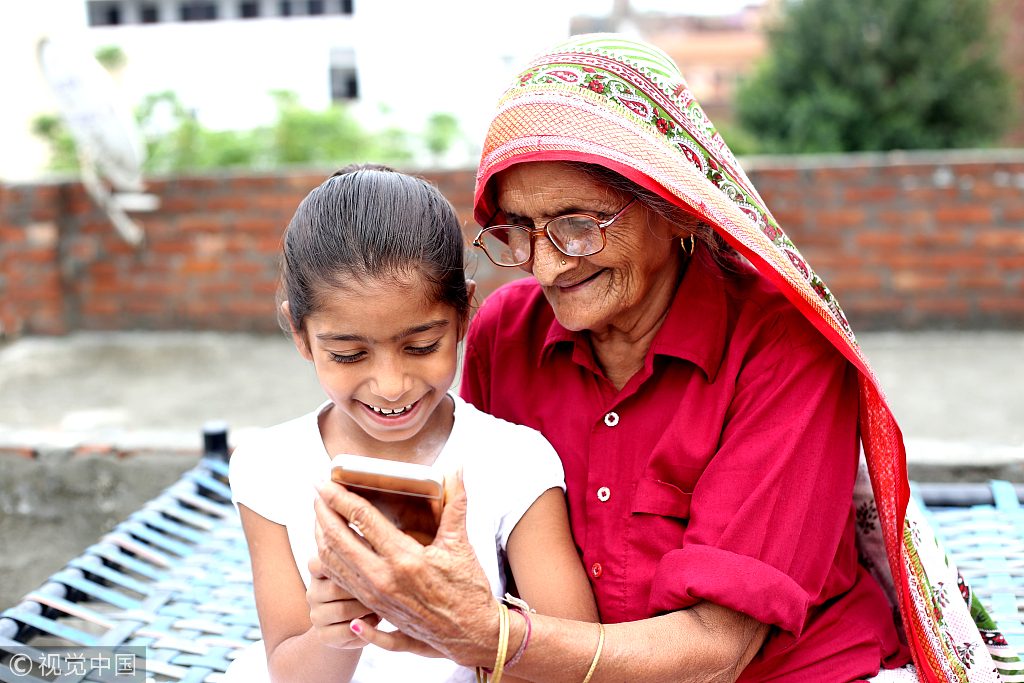 Hi there! In the new age of AI technology, we are initiating this bold AI-powered pilot project.

KrASIA’s parent company, 36Kr, is the leading tech and business media company in China. Every day, 36Kr delivers an enormous amount of news on Chinese startups. KrASIA wants to share these articles first-hand, but it was impossible to translate huge amount of information manually in the past.

Now, with AI, we have a solution: AI-powered translation with minimal human effort. Therefore, please understand that the translation may affect your reading experience. Nonetheless, feel free to contact us (hello@kr-asia.com) should you have any feedback.

India is the most attractive internet market

“Queen of the Internet” by Mary Meeker pointed out that India is the most attractive Internet market.

In 2017, India’s total population was 1.3 billion, and Internet users have exceeded 400 million, meaning there is still room for growth. More than 80% of the users access the Internet through smartphones, and Indians consume an average of 10GB of mobile traffic per month. Like in China, Indians preferred using smartphones than PCs.

According to the consulting firm EY, by 2020, the number of Internet users in India will increase to 650 million, and the video consumer market will reach 3 billion. The short-form video suitable for mobile phone watching has become the main battleground for various competitions. 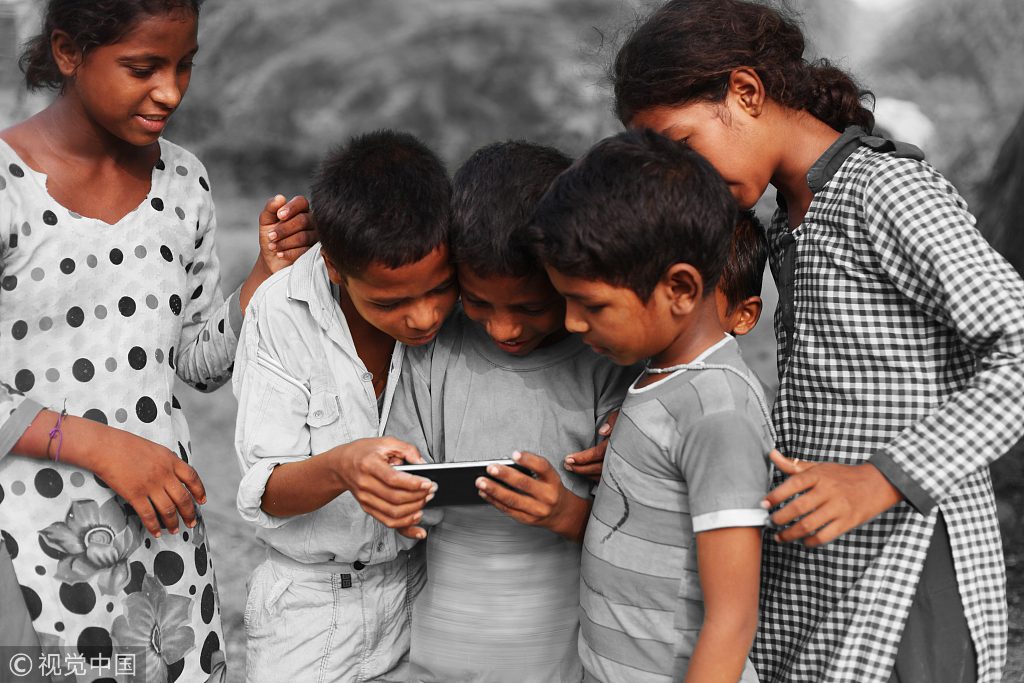 To be India’s “Kuaishou”

4Fun saw the potential of the Indian short-form video market and wanted to be the “Kaishou” (China’s popular short-form video) of India. 4Fun is similar to Kuaishou. Users are encouraged to upload and produce video content themselves, including life sharing and movie imitation. User-generated content accounts for 90%.  At the same time, it cooperates with several Youtube channels to generate professional content for the community.

Liu Zhiwei told 36Kr that India’s short-form video creation is still in its infancy, but the Indians are very much influenced by Bollywood movies, and they are very strong in expression, and most of them can sing and dance. In the future, India will have an explosion in video content creation.

In addition, 4Fun’s content will be classified according to the language and people in different regions will have different content due to cultural differences. In the future, 4Fun will cover more dialects and regions.

According to Liu Zhiwei, 4Fun’s strategy is quite different from other companies entering China.  According to the list released by Cheetah Big data in 2017, three of the top five short-form video APPs in India are from China, namely Viva Video, Music.ly (now renamed Tiktok) and IKE.  All three products are mainly in English and Hindi.

At the beginning of this year, Kuaishou international version ‘Kwai’ also entered the Indian market, also focusing on English and Hindi. With most companies aiming to globalize and hence standardize their products, 4Fun dives deeper into localization and understand the needs of different cultures and regions.

4Fun went live on Google Play in early 2017 (note: only 2% of the population in India uses iPhone, thus there is no iOS version yet) and is currently ranked 10th in the Indian Social Rankings. The number of registered users reached 10 million, the daily active users were around 600,000, and the daily video sharing times were about 700,000.  According to Liu Zhiwei, 10 shared videos brings one new user.

4Fun’s cold boot was inspired by Facebook. Facebook’s main page was initially made up of many funny short videos and accumulated 500,000 fans within half a year, and the app daily active users have been maintained at 50,000-60,000.  The subsequent explosive growth was due to a change in the distribution channel—from Facebook to Whatsapp, which led users to share videos to Whatsapp on the app side.  High-frequency short message delivery directly drives the high growth of video sharing.  Liu Zhiwei told 36Kr that the growth of 4Fun users is mainly from the sharing of social networks, hence customer acquisition cost is lower. 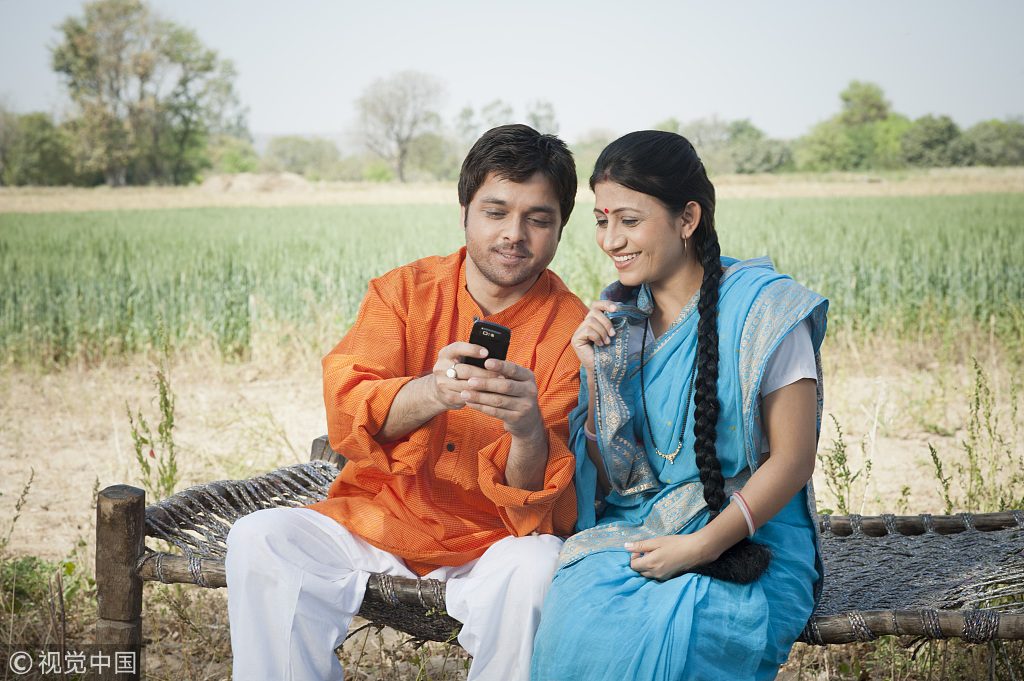 Although India’s short-form video market has a large growth potential, it is hard to monetize services like this. India’s per capita GDP in 2016 was $1710, corresponding to China’s GDP in 2015. GDP indirectly determines user’s willingness and ability to pay for entertainment content. The major platforms have entered the market by burning cash to gain more market share. At present, there is more to be done before monetization.

4Fun main executives are from China’s software company Kingsoft, LieBao (China’s web browser) and YY (a gaming portal for Chinese gamers). The technical development team is located in China, while the operations team operates in India.