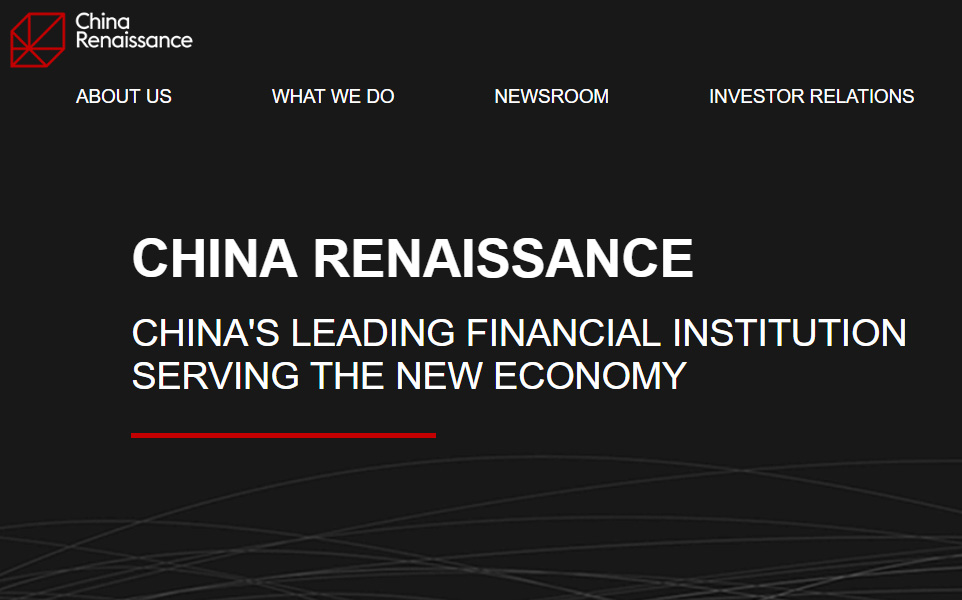 Beijing-based boutique investment bank China Renaissance debuts today on the HKEx. Despite already pricing its opening share price at HK$31.8 (around US$4) apiece at the lower-end range, the firm saw its opening share price fall as much as 14.62% to HK$27.15 (US$3.5)per share at 9.46am HK time, and dipped further to close the trading day at HK$24.7, or US$3.1.

China Renaissance expected to raise around US$345 million from this public offering, a move follows the booming wave of Chinese tech initial public offerings (IPO) that we are seeing during the first half of 2018.

Founded in 2014 by Chinese investment banker Fan Bao, China Renaissance is well known for its advisory role in the major mergers in China’s tech scene. Some examples include the merger of the Groupon-like Meituan and Yelp-like Dianping and the formation of Didi Chuxing.

After a decade of being the financial support for Chinese tech unicorns, it is now joining the ranks of the giants it helped create in the public markets. China Renaissance today offers three core services and they are investment banking, investment management, and stock broking services.

Against the backdrop of ongoing Sino-US trade war and an increasing wave of money-losers that are rushing to the public markets, China Reniassance’s weak debut day seemingly reflects a growing worry that the China tech IPO wave might be running on empty and the end of that IPO window could be near.