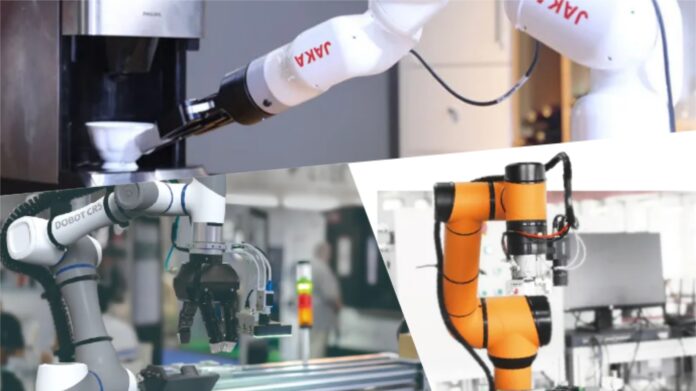 German Chancellor Olaf Scholz officially opened this year’s Hannover Messe this Monday, 30th May 2022. Due to the COVID19 epidemic, the “barometer of industry” has been entirely cancelled in 2020 and changed into an online event in 2021. After almost three years’s break, Hannover Messe is finally returning live this year. Under the core themes of “digital transformation” and “sustainable development”, more than 2,500 manufacturers coming from the world in the field of industrial automation and mechanical equipment will be showcasing their latest products and solutions. It is expected to attract 100,000 visitors over the course of four days.

There has never been a shortage of Chinese players at Hannover Messe. In 2017, exhibitors from China occupied a record high 20% space at the entire exhibition center. However, despite the fact that China has been the world’s largest market of industrial robotic applications for 10 consecutive years, the lion’s share is still being firmly grasped by companies from Europe, Japan and USA. For a long time, industrial robotics companies from China remained in the downstream of the value chain.

Changes are in the making, rather quietly perhaps. Since 2019, investment and financing in the field of industrial collaborative robots (cobot) in China has witnessed a boom which continues till today. In addition to traditional VC/PE investors, Chinese big-techs are also putting down their bets on this wave of new robotic forces. As consequence, the dollar amount of new financing rounds in Chinese cobot sector has being constantly breaking global records. With pockets full of fresh capital, domestic cobot makers rapidly evolved from the initial “made-in China alternative” strategy to the path of independent innovation and product development. It is expected that by 2023, global collaborative robot sales will exceed 80,000 units and the market size is on the way of reaching the 2-billion Euro mark.

After completing product iteration, occupying stable domestic market share and securing capital market confidence, the cobot newcomers from China are now eyeing on global markets, including Europe, directly challenging robotic giants from Germany, Switzerland, Italy etc. at their doorstep. At this year’s Hannover Messe, our reporters observed a number of Chinese collaborative robot players who have made their debut on the biggest stage of industrial automation in Europe.

AUBO Intelligence, a typical specimen of emerging industrial collaborative robot players from China, made its debut at the Hannover Messe for the first time this year. The cobot start-up was founded in Beijing in 2015 and has independently developed its core technologies, including modular robotic arms, servomotors and performance benchmarking. AUBO offers collaborative robotic arm products in various specifications from 3 to 20 kilograms, which can be used in different industries such as 3C, automobiles, home appliances, gastronomy, medical and health, scientific research and education, catering service, new retail, manufacturing, logistics, just to name a few.

The development of AUBO Intelligent is full of legendary: Wei Hongxing, the founder of the company, is a scholar-turned-entrepreneur. As a professor at Beijing University of Aeronautics and Astronautics (BUAA), he led the research team to develop the first AUBO prototype, and made AUBO Intelligent to be the first Chinese collaborative robot player achiving 10,000 units sales milestone. In 2021, Li Gang, the former president of ABB Robotics Business Unit in China, joined AUBO Intelligent as president. In April 2022, AUBO Intelligent closed the latest round of Series C financing, with investors including China Development Bank, Cinda Kunpeng, Luxin Venture Capital and other leading chinese investors. Prior to this, it had already received early investment from major players such as CETC Fund, Orient Securities, China Securities Capital, and Fosun Capital. It is generally expected by the market that AUBO is now in its final sprint before going public.

DOBOT is founded in Shenzhen in 2015 and is a typical tech startup. The company started with a consumer-grade desktop robotic arm, which has successfully crowdfunded through Kickstarter. From a start-up company focusing on small robotic arms, it quickly developed into a new force in the field of industrial collaborative robots, and completed the development and iteration of a full range of products, selling to more than 100 countries around the world. Peichao, Liu is the founder and CEO of the company and comes from the Chinese Academy of Sciences. Under his leadership, DOBOT has rapidly developed into a high-growth enterprise with more than 300 employees from 5 co-founders.

At this year’s Hannover Messe, DOBOT exhibited the DOBOT CR series 6-axis collaborative robot for industrial production scenarios, the M1 Pro four-axis series that can flexibly meet the application scenarios of small and medium-sized enterprises, and the Magician series of desktop robotic arms for education and training scenario. It closed the latest round of financing of 45 million EURO in January 2021, with a total financing amount of more than 70 million EURO. Its investors include China International Capital, CRRC, China Merchants Group, Green Pine Capital Partners, Qianhai FOF, Shenzhen Capital Group, among others.

JAKA Robotics was founded in 2014. Its name stands for “Just Always Keep Amazing”. The high-tech company from Shanghai aims at innovation and R&D for new generation of cobots and smart factory. At its European debut, the company introduced the JAKA MiniCobo compact and lightweight six-axis robotic arm, as well as the industrial-grade six-axis JAKA Zu Cobots series. The company closed its latest series C+ round in November 2021, totalling 70 million EURO funds raised since its establishment in 2014. Its investors include CITIC, SDIC FUND, F&G Venture, Pro Capital, SAIF Partners, Hejun Capital, etc.

JAKA Robotics is one of the spin-offs from Shanghai Jiaotong University. The founder of the company, Mingyang, Li, had worked in the automation industry for many years before starting his own business. The company is selling 20% of its products to customers outside of China, and has been included in the supplier lists of international automotive giants such as Toyota, Honda and Volkswagen etc. During the COVID19 outbreak and lockdown in Shanghai earlier this year, JAKA’s robots have been used in various fields such as lab testing, sampling management and quarantine waste recycling.

Over the past few years, increasing number of Chinese collaborative robot players have entered the battleground. They have completed core technology development and product iteration, as well as a fast growth in domestic market. Now, these young companies from China are expanding rapidly to the global stage, which is a significant force that European cobot players cannot ignore any more. Of course, Chinese manufacturers will be bound to face a thorny road ahead in Europe, such as product localization, data protection, ecosystem development, order fulfillment, customer success, pre-sales training and after-sales service, etc. Nevertheless, it will be just a matter of time before these new players score major breakthroughs in Europe, considering how fast they have scaled-up from tiny startups to serious competitors to traditional robotic giants. Ambition of the Chinese newcomers are very clear: to climb up the value chain quickly and gain a foothold in the global high-end cobot market within the next decade. 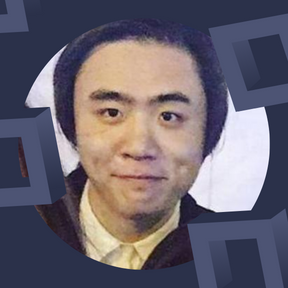