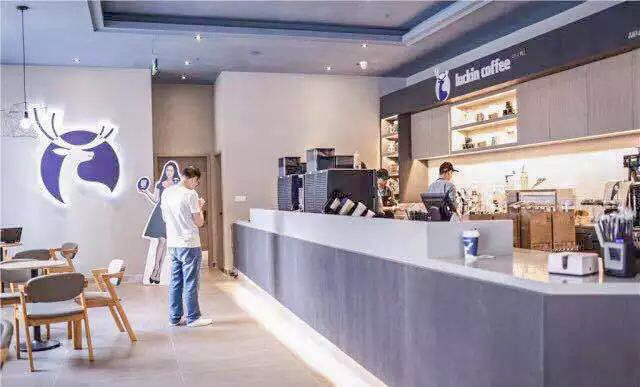 Luckin Coffee uses tech to sell its coffee, banking on speed and convenience to woo clients. Its coffee shops have no cashiers. Customers use their smartphones to place orders and pay for their coffee. The company was founded in Beijing in October 2017. As of early January this year, Luckin operates more than 2,000 stores in 22 cities in China, and has sold more than 85 million cups of coffee to 12 million customers.

Starbucks has 3,600 outlets in China, and plans to nearly double that number by 2020. With global brand recognition, it is Luckin’s key rival in the country. The Chinese coffee chain not only offers itself as a cheaper alternative to Starbucks, but intends to overtake its American competitor in terms of store numbers and cups of coffee sold.

Luckin has bold plans for 2019. The company aims to open 2,500 new stores, a portion of which will expand its footprint to 300 second- and third-tier cities in China. This rapid physical expansion and aggressive marketing requires a cash-burning strategy.

At a press conference held in Beijing on January 3rd, Luckin founder and CEO Jenny Qian Zhiya told reporters that by July 2018, the company had spent RMB 1 billion (roughly US$ 150 million) on customer discounts and marketing campaigns to develop coffee-drinking habits in China. In the first nine months of 2018, Luckin’s sales totaled RMB 375 million (US$54 million). It posted a net loss of RMB 857 million (US$124.7 million) in the same period.

Luckin is backed by Joy Capital, Centrium Capital, China International Capital Corp Ltd, and Singapore’s GIC. In a six-month period last year, it raised US$400 million in two rounds. As of last December, Luckin holds a US$2.2 billion valuation.