In 2013, China surpassed Japan to stand as the world’s largest industrial robot market. In addition to industrial robots, robots in other fields are also rapidly developing. In April of last year, IDC predicted that by 2020, China’s robot market will expand to twice the current size, reaching a total valuation of US$59.4 billion.

Robot manufacturer X Robot (熵智科技) is based in Shenzhen and has received angel investment of 10 million yuan (approximately US$1.5 million) from Vision Capital and Green Pine Vision Fund. The funds will mainly flow to talent recruitment, equipment procurement, and technology R&D. In the first half of 2017, the Company began to focus on applying 3D vision technology in industrial robots which were to be used in the logistics and industrial fields. 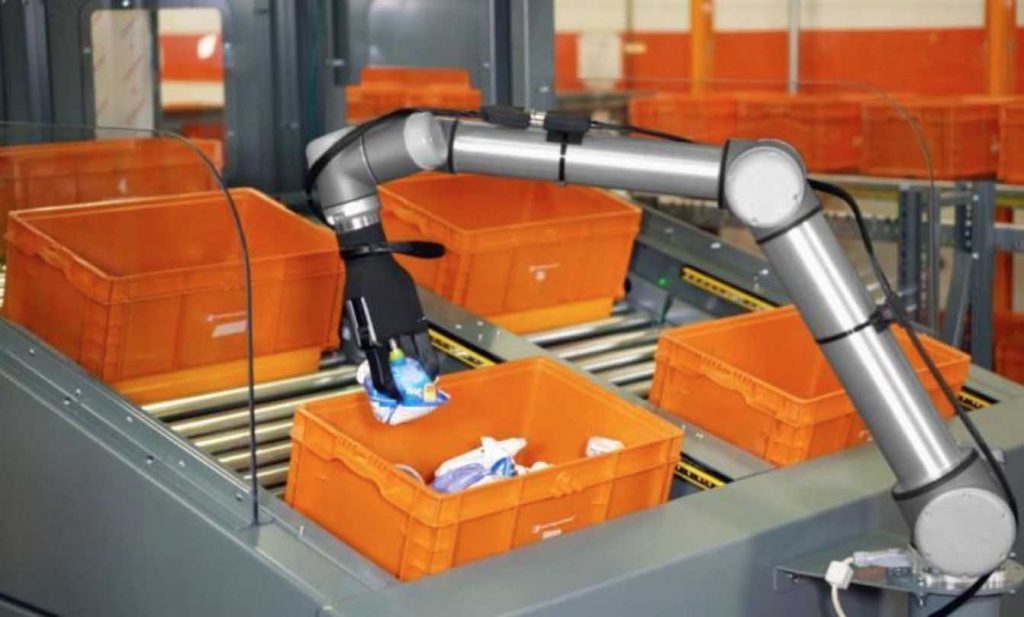 By virtue of 3D vision technology, three-dimensional information of objects including size, attitude, distance and others can be acquired, thus assisting the robot arm to accurately locate and grab while sorting. Traditional industrial robots can only capture fixed objects in a structured environment. For identifying and sorting objects stacked in a complex manner, it still has to be done manually.

Previously, domestic 3D vision positioning solutions were basically in the research stage, with few substantive products coming out. With 3D vision technology application exists two major difficulties. One is that the algorithm must have strong adaptability to the application scenario. For example, whether three-dimensional information of objects can still be accurately recognized when influenced by strong reflection of light off metal surfaces. The other one is the convergence of 3D vision technology and motion planning technology. With three-dimensional information obtained, the motion process of robot arm needs to be calculated, and the angle, strength and distance of each joint motion are manipulated by the controller.

ZHAO Qing told KrASIA that the above-mentioned two issues must be overcome en route to producing 3D vision technology. But what concerns customers most is the speed and efficiency of the overall operation process.

X Robot provides logistics companies a sorting and grabbing solution that takes only 5 seconds, equal to or faster than labor. Customers in the industrial field not only ask for speed but also accuracy. In contrast, those in the logistics field do not require high accuracy, but a wide field of vision, high speed, and strong environmental adaptability.

At the present stage, X Robot focuses on the logistics field, serving 2-3 representative customers as an integrator, and providing complete solutions, including depth cameras, controllers and robotic arms. It mainly provides customization services while aiming to be a product supplier in the future.

X Robot current staff strength is about 15 people, mainly in Shenzhen and Wuhan. The R&D teams include masters and doctors in machine vision, motion control, human-machine collaboration and related fields. The founder, ZHAO Qing, once worked for P&G as the senior manager of supply chain, responsible for the automation of the supply chain production line in the Asia Pacific region.