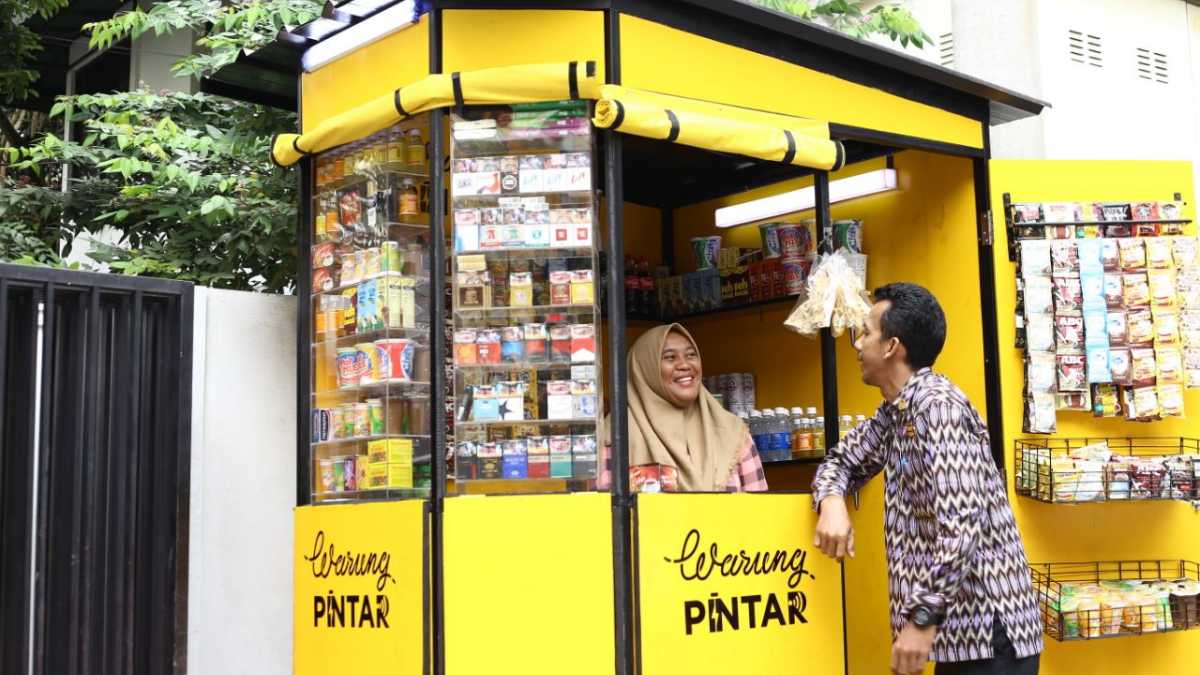 Pasarpolis offers a variety of health, car, and travel insurances. The site makes it easy to pick and purchase the right insurance. Tokopedia and Go-Jek are already partners of the insurance startup, and it’s easy to imagine more link-ups between large tech firms and insurances.

Go-Jek, for example, works with Pasarpolis to insure its hundreds of thousands of drivers. Similarly, Tokopedia’s millions of merchants are an attractive market for insurers too.

Takeaway: Indonesia’s first generation of tech companies is reaching the level of maturity in which they are increasingly acting as strategic investors, acquiring or supporting other businesses that will ultimately help them grow.

Warung Pintar is the attempt to upgrade and digitize the classic roadside kiosk in Indonesia, known as warung.

The startup was incubated by VC firm East Ventures and now raised US$4 million from Vertex, Pavilion, and Line Ventures to expand its network of “smart warung”. It says it has 300 warungs so far in the capital.

Go-Jek, one of Indonesia’s biggest startup success stories, also started out as a “digital upgrade” of a popular local service: the motorcycle taxi. But if Warung Pintar manages to create a similar demand remains to be seen. So far, the biggest advantage for shoppers seems to be that they can pay cashless with mobile money.

Indonesia’s Salim Group, one of the largest conglomerates in the country, has invested in Singapore-headquartered mobile money platform Youtap.

Salim Group, which among other things owns the convenience store chain Indomaret and instant noodle brand Indomaret, has been keeping a lower profile in its digital transformation than for example its fellow Indonesian conglomerate Lippo Group.

Lippo has heavily invested in its own ecommerce play, MatahariMall, payments app Ovo, and is one of the investors in Grab. But Salim Group has its own long-term plans in the digital arena, and Youtap seems to factor into that.

Dealstreet Asia writes that Salim Group and Youtap plan to establish joint venture companies in multiple markets to offer e-money apps. As per Bank Indonesia’s database, Salim Group does not yet own an e-money license yet. However, Salim Group took over a bank in 2017, expressing interest in playing a playing a bigger role in e-payments and online financial services.

Drivers for on-demand ride networks Go-Jek and Grab had announced a plan to stage a massive protest during the Asian Games, which are set to kick off this weekend in Jakarta.

They wanted to pressure the tech companies into adjusting drivers’ fares, which have dropped over time. It’s possible that the protests are off. Grab apparently assured Jakarta’s vice governor Sandiaga Uno that its drivers would not participate, and Uno said he would ask Go-Jek’s CEO for a similar commitment.

There are now several hundreds of thousands of on-demand drivers in Indonesian cities. In the early days of ride-hailing, it was mostly taxi drivers and public transportation sector that protested the disruptors, but in recent times, it’s often ride-hailing drivers asking their companies and the government for better protection and compensation.

E-sports fans are witnessing a massive boom in Southeast Asia, not least because the upcoming Asian Games, held in Indonesia this year, will for the first time include an e-sports showcase.

That means it’s not counted as an official discipline just yet, but if all goes well, games like League of Legends and Dota will be part of future Asian Games and even the Olympics.

That effort, supported by several Indonesian Internet Service Providers, had an unintended consequence. Users complained that their entire access to Youtube suddenly became restricted. A variety of videos became unavailable, not just pornographic ones.

It’s not entirely clear what went wrong – according to the IT ministry, it was an error at one of the ISPs. Normal access to Youtube has now been restored, but the incident shows once again the complexity of managing online content at scale.

Automatic filtering solutions aren’t fail-proof yet, and enforcing rules at the various stakeholders in the internet ecosystem, from the search engine, video platform, to ISP, is also prone to errors.