IT home service company “ShanXiuXia” (闪修侠, means Flash Repair Man) has completed 80M RMB Series B financing, with a post-money valuation of over 1 billion RMB. It was led by the SanXiaXinTai Fund (三峡鑫泰基金), while former shareholder Matrix Partners China continues to increase its stakes. Previously, the company had received a 10M RMB of pre-Series A from Success Creat Capital, tens of millions of Series A from the online marketplace for used goods HuiShouBao (回收宝), and a Series B of 100MRMB jointly invested by Matrix Partners China and Cowin Capital (同创伟业). 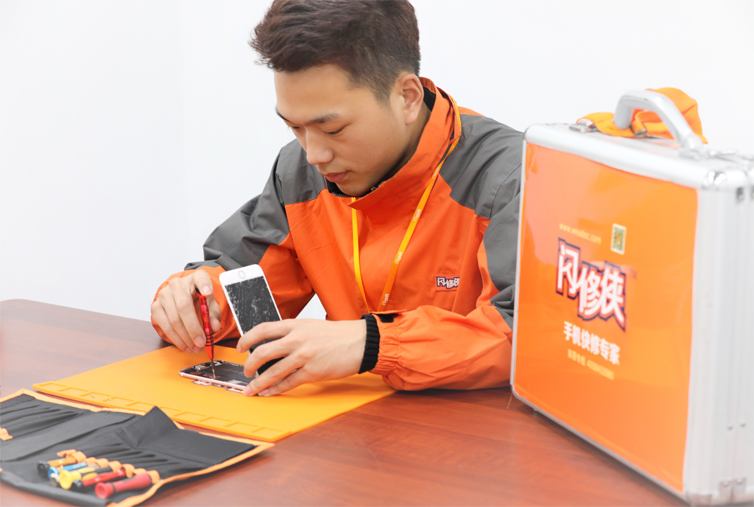 Wang Yuan, founder and CEO of ShanXiuXia, told KrASIA’s parent 36Kr that after years of iteration, its business model within a single city has been verified, that is, “To go in a new city and profit after half year operation”, and to realize 40-60 million yuan revenue in three years. After this round of financing, the company will accelerate the pace of urban expansion, and at the same time further strengthen the service standards and service quality. What’s more, it plans to build the largest IT service network in the country within the next two years.

Founded in 2015, ShanXiuXia is currently providing IT home repair services in 30 cities. The product category extends from the original mobile phone to digital devices such as notebooks, drones, and speakers. In 2017, ShanXiuXia announced that it has made profits.

Traditional mobile phone repair channels include official stores and unofficial repair shops. The former faces problems such as high maintenance, inefficient use of time, and low-quality service. The latter’s small-scale operation mode brings poor service and security. The fees are not transparent and the service standards vary.

With the Internet, ShanXiuXia is able to provide online booking where customers are attended to within 10 minutes and they get home service within an hour. The platform allows customers to make quotation enquiry, bookings, payments, reviews and manage their spare-parts online. The technicians, on the other hand, only take charge of the repair.

There are 1200 technicians under ShanXiuXia. It is worth noting that these technicians are not full-time employees. They are contractors who earn solely on commission for every successful service without any basic salary. This model guarantees the technician team to grow fast yet makes sure that labour cost in control. On average, a technician will receive 5-6 orders a day. Each order is worth about 300-400 yuan. This sums up to about a few hundred thousand RMB annually.

The platform provides a guaranteed number of orders for technicias, thus gaining traction and customers are crucial. Thus far, ShanXiuXia has built up diverse channels both online and offline. Beside WeChat mini-program, Wechat Page, official app and website, the company has collaborated with Suning, which principally operates franchised retail shops of electronics appliances in China, to provide offline repair services. Also, they have partnered with Alibaba Tmall’s broken screen insurance to provide a repair service.

Mobile phone repair is not an everyday necessity, and word-of-mouth is especially important. The team said that user satisfaction is over 99.5%, and 50% of new users come from word of mouth. At present, the platform’s user acquisition cost is less than 10% of its revenue, maintaining a monthly user growth rate of 15%.

In the phone servicing O2O niche, 36Kr reported about ‘HiWeiXiu Hi维修’, JiaSuDu加速度, ‘JiKeXiu极客修’ and a few other companies. At present, Internet penetration in this business is still very low, and home repairs account for less than 3% of the entire mobile phone aftermarket. Wang Yuan believes that the expansion of offline services needs to be polished for a long time. At present, there is still a huge potential for growth. The core competitiveness of ShanXiuXia is the large-scale service capability accumulated over the years.

According to the data provided by the team, as of July 2018, ShanXiuXia has completed 3 million repair services, with a daily average of more than 4,000 orders. Revenue in 2017 is close to 300 million. At a rate of 2-3 times revenue growth per year, the company maintains a reasonable profitability.