This week starts with China seeing the forth iteration of World Internet Conference kicked off in Wuzhen. Tech big names from China and the globe gathered in Wuzhen, giving speech on the future of Internet, AI, technology and their business.

Indonesia: Mobile commerce platform startup Ayopop.com has closed a Series A fundind round led by Finch Capital, an early-stage fintech VC firm, with the financial terms undisclosed. The one-stop platform aggregates several hundreds of bill products to facilitate bill payment by individuals and institutions. Corporates and investors are weighing in the bill payment business, with Go-Jek rolled out Go-Bills, a new feature enabling users to pay for daily bills with GoPay. (e27)

Indonesia: kulina, a Jakarta-based online food ordering and delivering startup, seeks to close its second seed found worth over $500,000 by January 2018. The online catering startup primarily caters to the middle income, office-going consumer segment with lunch orders. It currently offers its service in Jakarta, but plans to expand to Jabodetabek or Greater Jakarta, by the middle of next year. Its meal subscription service was selected for Google’s Launchpad Accelerator programme. (DealStreetAsia)

Singapore: Digix, a platform tokenizes gold on Ethereum, has raised $1.25 million in a seed financing round led by Global Brain(GB), one of the largest VC player in Japan targeting high-technology sectors. China-based Fenbushi Capital, one of the first VC funds that focuses on building world class blockchain-enabled companies, joined the round. (DealStreetAsia) 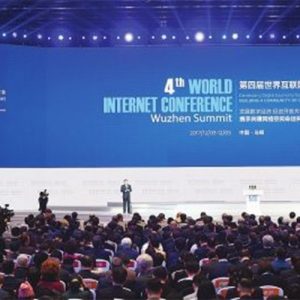 Robin Li: Baidu is to roll out its autonomous vehicle for mass production next July. There will not be steering wheel or the driving position in the driverless car. The development of Internet will rely on innovations in AI as demographic dividends shrinks. (techweb)

Pony Ma: Future internet companies will become enablers of other institutions. Tencent has focused on cutting-edge technologies in the past year, rolling out its AI strategy, establishing oversea labs and tap into medical AI. (36Kr)

Lei Jun: AI will drive the development of digital economy. He also stated that Xiaomi not only a mobile phone vendor but also an e-commerce and AI company. (Tech.Huanqiu)

Tim Cook said there were 1.8 million developers using Apple’s platform in China and they have earned $16.93 billion, representing approximately a quarter of total global App Store earnings. Cook called for future internet and AI technologies to be infused with privacy, security and humanity. There are already 1000 app dedicated for AR. (Tech.Sina)

Sundar Pichai: Computing will be prevalent and computers will have to adapt to better sever humans. Google has shifted to AI. (36Kr)

Fu Sheng, Cheetah Mobile CEO: the breakthrough in AI technology lies in its application scenarios. The core front will be robotics which will be a combination of AI technology, hareware, software and services. (Tech.Sina)

Huawei is to roll out 5G chips and mobile phones by 2019, said CEO Xu Zhijun. The company plans to launch a series of 5G internet solutions for commercial uses next year. (36Kr)

Beijing Municipal of Financial Work found some PEs has weighed in ICOs and cash-loan business. Regulators will strengthen regulations to curb risks in the financial system. (Finance.Sina)

Xiaopeng Moror, a Chinese Internet EV maker, just saw its first car hit the road in Beijing. Chairman of the board, He Xiaopeng, became the first owner of Xiaopeng motor 1.0. The company plans to roll out a version 2.0 for mass production in 2018. (Tech.Sina)

It was a right decision for China to ban bitcoin, said deputy chief manager of People’s Bank of China. China issued a regulation on the cryptocurrency in September, shutting down all transactions and halting new registrations. (tech.163)

Xiaomi and UC Web have responded to reports on an alleged list of mobile applications that have been banned for the Indian Army personnel by Union Home Ministry. Xiaomi revealed that it has already launched an investigation into the matter. UC Web said that it “will not do anything to breach the trust” of its users. (hindustantimes) 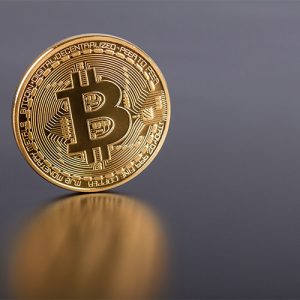 CME, the world’s largest futures exchange, has completed self-certification with the Commodity Futures Trading Commission to launch its bitcoin futures contract on December 18, paving the way towards establishing the cryptocurrency as a legitimate asset class and launching bitcoin extrange-traded funds. (cnbc)

The number of VC rounds in technology companies across the world has nearly halved, from 19,000 to 10,000, according to PitchBook. The early and seed stage round were under the pressure as investors tend to favor later-stage companies. (TechCrunch)

Tencent’s music group and Sweden’s Spotify are in talks to swap stakes of up to 10% ahead of their projected public listing next year. The deal would align the two in licensing negotiations with music labels as well as offer potential lucrative returns from their public listings, which are expected to value both in billions of dollars. (WallStreetJournal)

Elon Musk tweeted that SpaceX will launch its huge Falcon Heavy for the first time next month, sending his Roadster to the mars orbit. (Tech.iFeng)

Lyft employees will serve as Lyft drivers to get an insight into the business. Each employee will spend four hours every three months at the drivers’ center. (Tech.Sina)