Following the issuance of tighter regulations on China’s online microlenders, U.S.-listed consumer lender Qudian is now under investigation concerning whether the company has engaged in security fraud and false statement to shareholders. 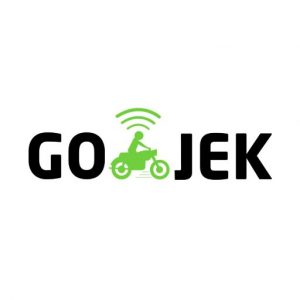 SE Asia: After sighing a US$474 million joint venture deal with ComfortDelGro, Uber’s move to team up with local players continues, as it brings a fleet of 4,000 Howa taxis available for hire through Uber’s app. The move comes as the ride-hailing giant seeks to flex its muscles in the region. (Bloomberg)

Singapore: “Nobody can ignore anymore a wealth of $450Bn on the public blockchains,” said Cedric Jeanson, CEO at bitcoin-focused hedge fund BitSpread. He is optimistic about the future of bitcoin and the cryptocurrencies as the market matures. (DealStreetAsia)

The Philippines: 500 Startups-backed Qwikwire is eyeing a US$9 million ICO of its AQwire token. The startup is a cross-border payments platform. The upcoming ICO is to be the first of its kind in the country. (DealStreetAsia)

Vietnam: A recent report by Boston Consulting Group shows some 25 percent of CEOs or board directors in the country are women, higher than Malaysia, Singapore and Indonesia. (DealStreetAsia) 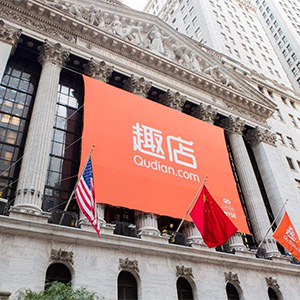 China’s consumer lender Qudian is under investigation, concerning whether the company has engaged in security fraud and false statement to shareholders. Investors alleged that the company has failed to inform them about two important facts, inability to deal with overdue loans and system flaw that result in data leak. (NetEase)

Mobike board member Liu Erhai said he is open to the potential merger between Mobike and ofo, but will not accept any form of dominance from existing giants in the merged company, when interviewed by 36Kr at the Neo Business Conference 2017. A contact in ofo said the possibility of a merger between the two bike-sharing companies is scarce, according to The Beijing News. (36Kr, The Beijing News)

IBM is to partner with Samsung, JP Morgan, Barclays among 12 companies, to push for the commercial use of quantum calculation. (Sina)

Tencent Music is poised for an IPO worth at least US$1 billion next year, possibly intensifying its competition with Spotify and Apple Music. (Sina)

Youku announced to have sealed strategic partnership with NBCUniversal and Sony Pictures, getting access to their film pool in China. Following the partnership, Youku users can watch films from the pool for free. (mydrivers)

Tencent is to lead automaker WM Motor’s upcoming funding round, joint by Sequoia Capital. WM Motor has just closed a funding round in December 5th led by Baidu Capital. Its total market capitalization is claimed to exceed US$1.81 billion. (Sina)

The world’s largest mobile network provider by subscriber, China Mobile, has launched in the UK a mobile phone service in the UK. (Financial Times)

IDG Investment has agreed to issue 297 million ordinary shares each to five Foxconn subsidiaries. The total shares worth around US$190 million. Following the deal, Foxconn is to become its third-largest shareholder. (scmp)

Xiaomi’s venture arm Shunwei Capital participated in India’s video sharing platform Clip App’s Series A funding round. The round was led by Matrix Partners. (The Times of India)

Tencent and JD led the US$20 million Series B financing round of marketing service provider Easyretailpro. The startup provides Saas platform for taget marketing. (36Kr)

Blockchain startup Coldar has closed a Series A funding round worth US$10 million. (Jinse)

China’s Ministry of Industry and Information Technology (MIIT) plans to foster the development in AI technologies, achieving breakthrough in core study areas and wide use of smart robots. (MIIT)

Indoa’s Teabox, a startup selling tea online, has raised US$7 million in the latest funding round. Singapore’s RB Investments led the round, followed by existing investors including Accel Partners and Robert M Bass. (TechCrunch)

Apple is making its new iMac Pro available to order in the U.S, priced at US$4999. The company’s Final Cut Pro X allows users to edit VR video at high resolutions (8K and beyond). (engadget)

Qualcomm is likely to be penalized by the EU, as regulators find the company violated the antitrust law by paying Apple to shun rival chip companies. (Bloomberg)

The cryptocurrency market hits an all-time high of US$506 billion on Wednesday, as both Ethereum and Litecoin surged to a new record high, according to Coinmarketcap data. (CNBC)

Goldman Sachs demanded some clients set aside funds equal to the full value of their bitcoin futures trade as a condition for clearing the transaction. (Bloomberg)

The global market of OLED screen in the third quarter hits US$4.7 billion, rising by 30 percent compared to the same period of last year. (Tencent)

Internet has speeded up by 30 percent in 2017, in terms of speed for download, wired and mobile connections. (cnBeta)