China’s bike sharing top player Mobike has landed its very first investment from an overseas investor. Together with LINE, the Chinese startup plans to expand its bike-sharing services in Japan. Users will can access the service and pay for rides through the LINE app. 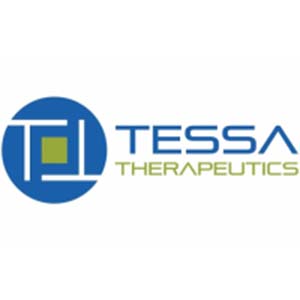 Philippines: San Miguel has made one of the largest deal in the Philippines’ corporate history, acquiring power firm Masin-AES for $1.9 billion. (Deal Street Asia)

Myanmar: Member of the World Bank Group, the International Finance Corporation (IFC), is planning to extend a loan of as much as $30 million dedicated to boosting the development and operation of a greenfield bulk terminal in Myanmar. (Deal Street Asia)

JD teamed up with Tencent-backed EV maker NIO to roll out a service that allows deliveries to boots that open to authorized couriers. (36Kr)

China Consumer Association suggests on the misappropriation of the bike-sharing deposit, stating that the bike-sharing companies can freeze an amount from the customers’ account instead of getting the money transferred to their account. (36Kr)

Baidu partner with Xiongan New Area, introducing its Apollo data open ecosystem and its autonomous vehicles in the city. (36Kr)

Google is expanding its AI hardware business in China, with the team member raised from 20 to 150 in a year. (36Kr)

Xiaomi Store has rolled an instant noodle product priced at ¥5 with delivery fees included. Lei Jun replied to the speculation that Xiaomi is entering the instant noodle industry, stating it’s not true. (36Kr)

Didi and ofo investor Zhu Xiaohu, said the future of a startup lies in whether the team is clear about where they are heading to. （NetEase）

President at Ali Cloud, Hu Xiaoming, introduced the idea of AI for Industries at Alibaba’s 2017 Computing Conference, adding actions to burst the bubble in the AI industry is essential to the development in AI. (36Kr)

Chinese tech moguls Tencent, Alibaba and Baidu, have made respectively 133, 45 and 39 investments in 2017, with a focus on the late-stage programs. Their investments in overseas countries are mostly in the U.S. and Indonesia. (Lieyunwang)

Litcoin founder Charlie Lee claimed to have sold all his litcoin holdings, without intention to quit the business. (36Kr)

The total shipments of wearable devices are estimated to reach 113 billion pieces in 2017 and are likely to rise to 222.3 billion by 2021, according to reports by IDC. (Sina)

Elon Musk twitted photos of Falcon Heavy which is closed to be fully assembled. Musk said earlier this month the trial-fly is projected in January next year. (Sina)

In the third quarter, Blackberry saw a decrease of 22% in revenue compared to last year, making $226 million in revenue and $275 million in net loss. (iFeng)

The number of people looking to buy bitcoin with credit cards has surged, according to Google Trends. (Bloomberg)