The 4th World Internet Conference continues in the scenic Chinese town Wuzhen. Owners of tech giants discuss cutting-edge technologies and their business, giving an insight into the future of internet. At night, these busy owners of big Internet companies took the chance to socialise and have dinner together.

Singapore: Singtel and Mobike, the top Chinese bike-sharing company, signed a memorandum of understanding (MOU). The two will work together to explore mobile payment for bike rides. Singtel customers across will be able to pay Mobike trips through Singtel platform. (ChannelNewsAsia)

Singapore: Singtel has inked an agreement with Nanyang Technological University (NTU) and the Agency for Science, Technology and Research (A*Star) to develop smart digital technologies in the city-state. The three are to establish a $31.3 million corporate lab with the focus on developing technologies in fields such as AI, advanced data analytics, robotics and smart computing. (e27)

Philippines: The country plans to mull ICOs as the use of cryptocurrencies surges in Southeast Asia. As the price of Bitcoin keeps mushrooming, governments and regulators around the world are grappling with how to cryptocurrencies. (Bloomberg)

Vietnam: Saigon Beer’s share sale is to kick off on December 18. Vietnam aims to raise almost $5 billion and has picked a record high price at $14 apiece. The deal will be the country’s largest and most anticipated sale. (DealStreetAsia)

Singapore: The Coalition of Privacy (CAP), a consortium consisting of 21 studios including HBO, Disney, Fox and BBC worldwide, has identified Singapore as the worst violator of video privacy, as the media box is widely used across the city-state. (e27) 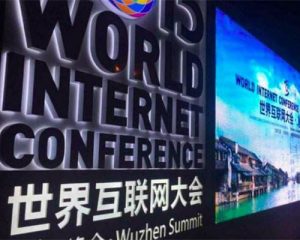 The 4th World Internet Conference kicked off in China. Tech big names from China and the world gathered in Wuzhen. Ding Lei, founder of NetEase, saw Tencent’s Pony Ma, Sohu’s Zhang Chaoyang, Baidu’s Robin Li, Toutiao’s Zhang Yiming, among many others, at his dinner table, discussing the future of internet. Founders and CEO gave speeches on cutting-edge technologies and their business.

Pony Ma: Future Internet companies will be enablers of institutions in other industries. (36Kr)

Xu Zhijun (Huawei CEO): Huawei is to text 5G network next year and will make the commercial use possible by 2020. The company will roll out 5G solutions, chips and mobile phones. (36Kr)

Ding Lei (founder of NetEase): Cross-border e-commerce companies are struggling with the bottleneck of inability in logistics services. (Tech.163)

Fu Sheng (Cheetah Mobile CEO): Cheetah Mobile is to shift to AI. With the help of robots, humans are likely to be freed from daily chores and will be free to focus on their interest. (Tech.163)

Xiaomi is said to eye an IPO, seeking a valuation of more than $50 billion. The offering is likely to be projected next year in Hong Kong. (DealStreetAsia)

Chinese online lender Dianrong is planning an IPO as soon as next year, seeking to raise at least $500 million. China regulators have strengthened control over online microlenders. Dianrong announced that the company has suspended its micro-loan business in the past few months. (Tech.iFeng)

Dragon Law, a Hong Kong-based legaltech startup, rebranded into ZEGAL, following the launch of its services in the UK. The startup has opened an office in Manchester. (e27)

Hellobike, a Chinese bike-sharing firm, has raised $359 million in the latest funding round from investors including Alibaba’s Ant Financial. The startup merged with another bike-sharing company Youon in October. (Reuters)

PonyCar, a Chinese electric vehicle sharing startup, has closed a Series C funding round worth $37 million. The round was led by Zhihe Chuxing. The 13-month-old startup has raised $83 million so far since last October. (ChinaMoneyNetwork)

EV maker Faraday Future is reportedly on the edge of shutting down. Jia Yueting, former CEO of the Chinese parent company of Faraday Future, once expressed his ambition to challenge Elon Musk’s Tesla in electric vehicles. (Tech.qq)

Shenzhen autonomous bus, powered by smart driving system Alphabus, hit the road for a trial on Dec 2 in Shenzhen. The bus can take 25 commuters and will be available from 9:00 to 18:00. Price during the trail is 0.01 yuan for each person. (Bendibao)

Hedge funds are prepared to trade against bitcoin, as the Chicago Mercantile Exchange’s futures market will start trading bitcoin futures on Dec 10. (Bloomberg)

JPMorgan advises investors to short Tesla, envisioning a 40 percent share downside over the next year because of possible share dilution and mounting competition. (CNBC)

Microsoft launched the international version of its search engine Bing at the 4th World Internet Conference in China. Powered by AI system Xiaoice, Bing targets professionals in academia, students and other users who need to search in English. Users can access the system via web and app. (Tech.iFeng)

Israel official said the country should consider the explosion of cryptocurrencies as an opportunity for the country become a hub for digital-currency offerings. The mushrooming price of Bitcoin drives investors weighing in, while countries around the world were grappling with how to deal with the cryptocurrency. (Bloomberg)

PayPal’s recently-acquired payment processor TIO Networks reveals data breach impacted 1.6 million users. PayPal announced its users were not impacted by the disclosure, as TIO platform has not been integrated into PayPal’s business. (Finance.Sina)

Japan’s National Tax Agency has ordered SoftBank to pay about $400,000 in back taxes including fines, alleging SoftBank’s subsidiary company concealed about $1.25 million in taxable income. (Tech.Sina)

Google is to roll out AlphaGo Tools to help human players improve their Go skills. The tool amasses 231000 Chess map and 75 games between AlphaGo and Human players. (Tech.Sina)

New Zealand has come up with a virtual politician Sam. Powered by AI, Sam can reply to questions on housing, education and immigration. (techweb)