Ximalaya FM, China’s largest online audio streaming platform, according to a local media report, is in talks with Tencent to raise a new financing round worth US$602 million (RMB4 billion) at a $3.6 billion (RMB24 billion) valuation.

Additionally, the company plans to raise $ 7.5 billion (RMB50 billion ) through a Hong Kong IPO next year and is currently reconstructed a VIE structure, according to the same report.

Ximalaya abandoned its VIE structure in 2015 as it attempted to list on the then projected Chinese strategic emerging industries board, which was thereafter canceled in 2016.

Founded in 2012, Ximalaya provides a platform for users to stream or download professional-or-amateur-generated content. It boasted of 450 million users and surpassed 75.5 million monthly active users in Q1 2018, according to consulting firm BDR.

While providing a wide range of free content, Ximalaya pioneered the paid content industry in June 2016 by launching its paid content column. Currently, the paid content on its platform covers categories including business, foreign languages, culture, and audiobooks.

In a sense, Ximalaya is like the Apple Podcast in China.

Beyond content, Ximalaya has expanded into smart devices and introduced an AI-powered speaker Xiaoya and an in-car Bluetooth player.

The company counts HKEX-listed China Literature, Tencent’s online-literature spin-off, as an existing backer, having previously invested in Ximalaya in July 2015.

Its major competitors in China include Qingting FM which is backed by Baidu and Sinnovation Ventures, as well as Lizhi FM, an investee of Xiaomi and Matrix Partners China. 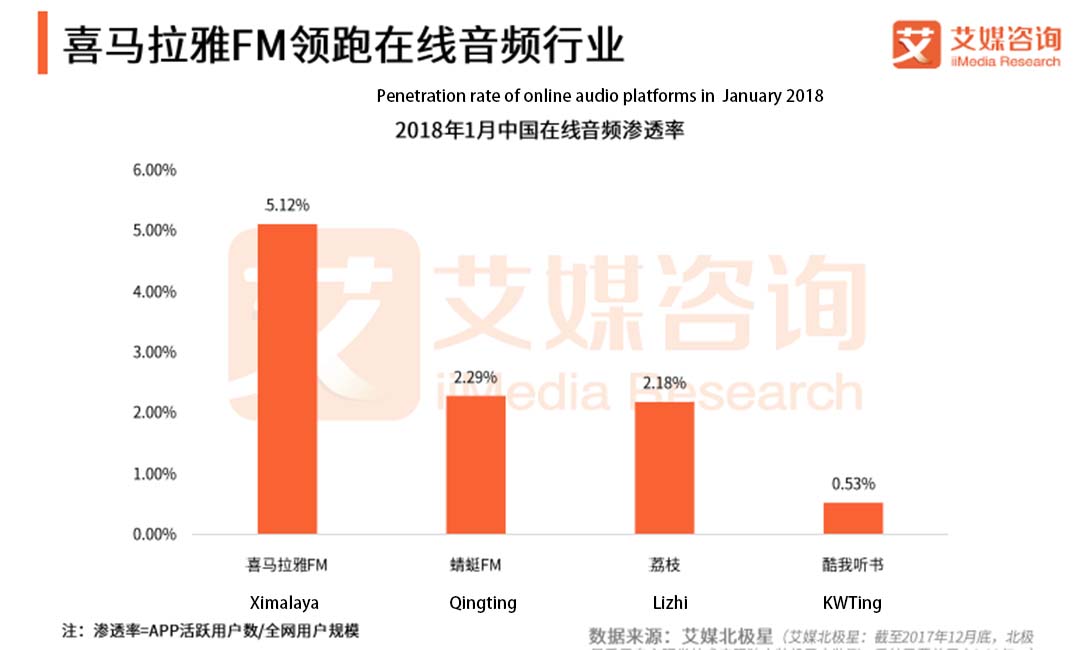