SmartPeep takes a step towards preventing falls with video AI 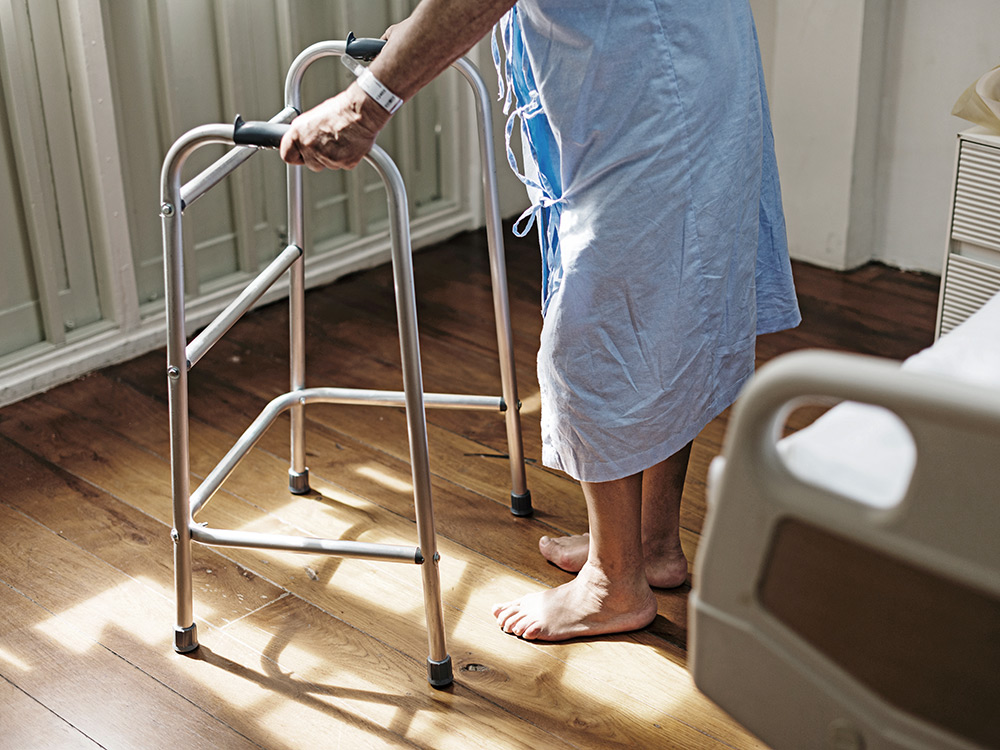 Picture this: The clock has just struck two. The air is balmy, and a dim glow from the hallway watches over the elderly as they sleep. Tang wakes abruptly, groaning. The metal rail along the side of the bed stops him temporarily, but he succeeds in climbing over it. He limps towards his destination. Unable to see well in the dark, the man trips, falling face-down on the cold floor, just inches away from the bathroom.

Elderly falls are not uncommon, a sentiment echoed by Lim Meng Hui, one of the four co-founders of SmartPeep.

The two-year-old company, incorporated in Singapore but based out of Johor, a Malaysian state across Singapore, has developed a video-based artificial intelligence technology that detects falls and signs of distress and alerts nurses to residents showing such signs.

It does not prevent falls altogether but helps nurses be more aware of residents getting out of their beds, thus acting as a measure to prevent a fall from happening.

At the moment, the technology is only tested in nursing homes; consumers are not able to use it yet.

Lim, who is a Malaysian, got his PhD in Electronics Engineering. He has had nine years of research experience and started his entrepreneurial journey after attending a startup conference in Hong Kong a few years ago.

Smitten with the idea of entrepreneurship, he and his team came up with a home security video alarm system aiming to prevent burglaries. After too many attempts climbing over walls and fences to teach the machines what a potential home invasion could look like, combined later on with a fall suffered by his own grandmother, a pivot seemed crucial.

In the US, for example, a report published by the Centres for Disease Control stated that around 1,800 senior residents in nursing homes die each year from fall-related injuries, citing reasons like muscle weakness, medication and environmental hazards for causing the fall.

Using video recognition analytics and machine learning, the startup partnered with a number of nursing homes and hospitals to test its solution. Pilot partners include a 338-bedder private nursing home in Johor, Malaysia, wishing to stay anonymous.

They have extracted more than 10,000 worth of samples from videos to train the system to detect falls or signs of distress.

Even with tools to help speed the extraction process along, it is still a laborious affair with a small team of 13 which includes seven full-timers and six interns.

“Definitely it’s not enough, but it’s what we can do with our limited funding, limited space”, he said about the company’s small headcount.

Having raised two fundraising rounds so far – a small fund from friends and family, and another from Zeroth AI accelerator worth $120,000 – Lim and his co-founders are looking to close another $180,000 to $256,000 with 60 per cent already committed by three angel investors.

He agreed that the amount they are raising is relatively small, as compared to other health-tech or video tech companies, noting that they will need a much larger amount.

“But currently we’re pre-revenue … and our traction is not that attractive yet, that’s why we try to go for a small amount and going very lean to make this happen,” he shared.

Instead of manufacturing their own cameras equipped with SmartPeep’s flagship technology, the startup is able to mount a portable rack over the actual CCTVs, saving on installation costs.

In low-light conditions, Lim added, the cameras will automatically switch to a ‘night vision mode’ allowing them to capture motion via infrared LEDs. 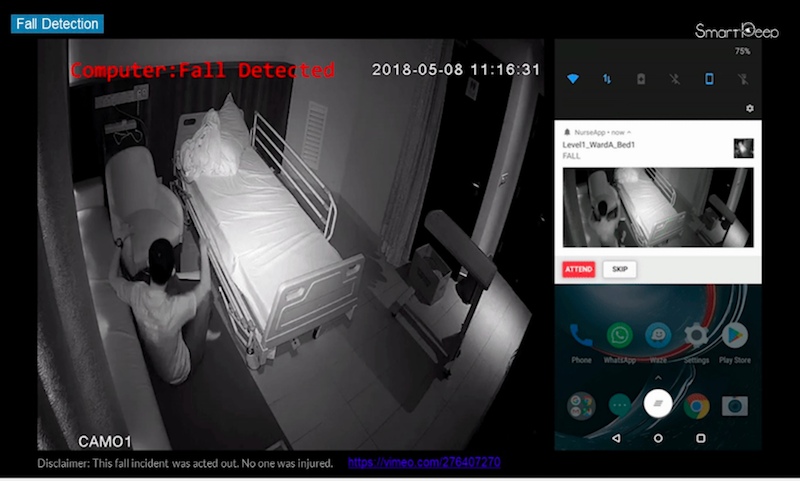 When SmartPeep deploys the final product for its clients, all videos rendered will be stored on-site at nursing homes or hospitals.

Speaking about privacy, Lim explained that the technology will be able to self-mosaic the faces of those captured on video in real-time, and all notifications will blur out the faces of the residents when sent to the phones of nurses on duty. Additionally, only nurses on duty will be able to receive the notifications, avoiding potential data breaches.

“We do design a lot of privacy preserving features,” added Lim. For example, hospitals can do away with the video recording history and only use the camera to detect potential falls or emergencies, if they prefer.

Patients, even those with the pilot partners of SmartPeep, are also informed through an opt-in or opt-out system with consent forms, said Toh Ying Wei, the Chief Experience Officer and co-founder at SmartPeep. They also put up posters informing patients of this process, so as to not inadvertently infringe on the end-user’s privacy.

“By default, the person will definitely fall,” said Lim, adding that the company acts as an assistant to the nurse, and there is no guarantee that residents will never fall or that nurses will be able to attend to them immediately, with or without notifications. However, he did not elaborate on the implied legal risk the company would take on should the system not catch a fall in action or not alert nurses in time.

At the moment, the startup wants to offer a 14-day to a month free trial to nursing homes and hospitals wishing to adopt its technology, once it launches it officially. By working with these bigger partners, instead of consumers, it can increase awareness of its product and increase the level of accuracy, especially since it will have more samples to teach its machines how to identify signs of distress and falls.

Currently, it claims to have an accuracy of about 92 per cent, and it will need to raise it to 95 per cent before launching it officially. Will it ever reach a perfect 100 per cent? “Yes, but it takes time,” said Lim.