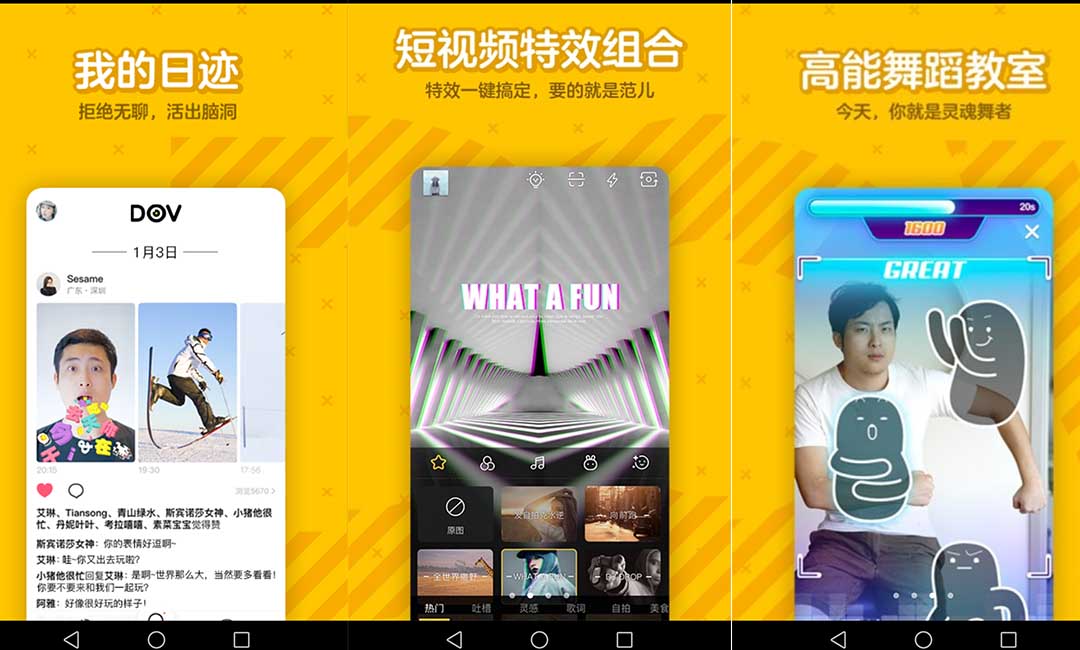 With the new app, users can share short videos with their contacts, which could be imported from their QQ app. DOV isn’t the first Tencent app to tap into the giant reservoir of contacts behind the QQ social network. Wechat also leveraged that network to propel itself to what it has become today.

DOV provides various filters, music tracks, and watermarks to help users personalize their video experience. The Android version is now available while the iOS version is yet to be launched.

The Chinese tech giant is famous for its internal competition, and this time, the team behind DOV is the QQ team. With the rise of WeChat, QQ, which once held a dominant place in Chinese social networking scene, has seen a drop in its user number.

Launched in 2012, WeChat surpassed QQ and became the No.1 social networking app in China in 2016. In a bid to live in the fierce competition, QQ shifted to younger users in 2014 and has come up with several initiatives. For example, it recently launched dancing game within the app that helped glue the generation Z.

DOV is likely to be a significant step to expand Tencent’s reach in the fiercely competed short-video industry. The company has made its early move by launching a Vine-like video sharing app Weishi in September 2013. Another video sharing app Tencent has invested in, Kuaishou, has a market penetration rate of 47.49%, ranking 2nd only after Weibo-backed Miaopai, according to a report by market researcher institute Analysys.

Another tech giant Toutiao has a strong foothold in the short-video market, with its portfolios Xigua, Huoshan and Douyin have all risen to the top 10 list of most popular video apps in China.