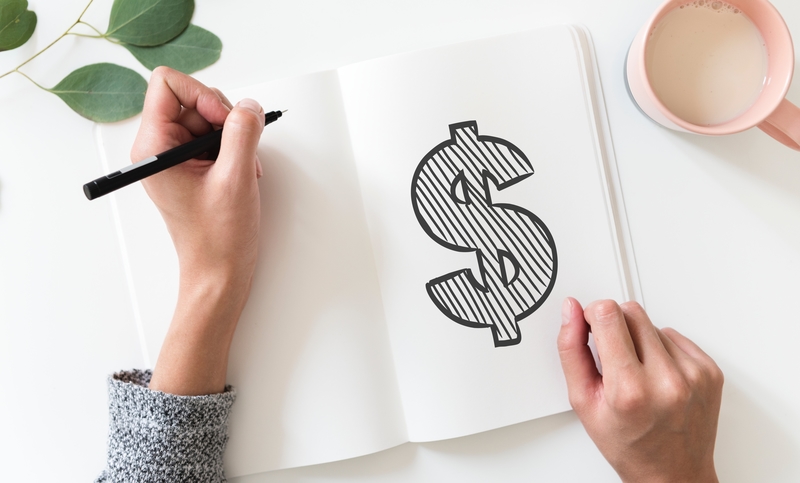 Going from being a tech entrepreneur to a venture capitalist was a natural progression for him, said Kuo-yi Lim, co-founder and managing partner at Monk’s Hill Ventures in an interview with KrAsia.

Its maiden S$100 million (around US$73 million) fund was announced in 2014. Lim declined to comment on the rumour that the firm is raising a second fund of US$120 million.

Previously the founder of Singapore-based Sportshook which was shut down, Lim’s first foray into the world of investment was as the CEO of Infocomm Investments, a government agency.

His own experience in technology and business, having started his career at Boston Consulting Group, joined various tech companies and raised money as an entrepreneur, has helped him relate to investees.

“I still have that internal compass when I look at a business. I think I can appreciate the operations side of the business. I do think I’m doing a lot more impactful things right now as a venture capital investor. Just having more of mentoring, thought partner role to the founders… It’s living vicariously through the founders,” said Lim.

We speak to Lim about the common misconceptions around venture capital, why some people shouldn’t put up an act just to get funding, and what he thinks the best thing about his job is.

This interview has been edited for brevity and clarity:

Lim: I think people should understand that venture capital is just one of many ways of funding a business. It is not the only way. Neither is it the way that validates a business and its potential for success.

Venture capital is a high-risk, high returns form of financing. Other forms of financing may be for lower risk low returns but they’re equally legitimate.

When someone is looking to raise money, they need to be clear about what kind of problem they are solving, what kind of business they’re prepared to build, and whether that matches the expectations that a venture capitalist has. And many people feel that getting a VC funding is hence a sign of success, which I encourage people to think beyond that. We are but one of the many ways of financing.

Granted that we do spend a lot more time learning the business, VC does have this upsized aura, obviously played up in the tech industry in particular.

Dig deep, go back and think hard about the business, your ambition, what business you want to build. Venture capital may or may not be the right way to fund your business.

KrASIA: When do you think people should not get VC funding?

Lim: If it takes a longer gestation, the risk is not as high, your personal ambition is to build it more organically, and to build it with a slightly different velocity, then it may or may not be the right model for venture capital.

As venture capitalists believe in a more high-risk high return model, we also believe in the high loss ratio in our investments across our portfolio. There’s also a more compressed time frame – three to five years – from a returns perspective. What that means is that during that time the commitment, the need to run a lot harder, is very high. That could be a lifestyle choice, do you want to be in that kind of role to run your kind of business – it may not necessarily be the only way to run that business.

KrASIA: What’s the best thing about your job?

Lim: Meeting a lot of interesting entrepreneurs. That’s always been energising. Everyone starts a business for a reason, for their own reason.

The one thing I always try and find out and understand more is why. I’ve been through it myself. I know it’s not an easy thing to do. To make the first step, to put yourself out there, to take an idea and flesh it out, along the way talk to people and many times get people to critique it. That’s a lot of things to go through to start a business. Most people wouldn’t do it or wouldn’t last even a couple of months.

Obviously, when you have the chance to work with one or two very good entrepreneurs in your lifetime, in our case, it’s more, it makes it worthwhile.

KrASIA: When you talk about motivations, do you mean personal motivations?

Lim: Personal pain points. Personal passions, on some level. A lot of these people starting businesses in this part of the world – they’re pretty smart people. They have a lot of options. They could have stayed with a bank or consulting company or big tech company. A lot of the time, they decide to solve a problem.

KrASIA: Can you walk us through your typical day?

Lim: I compartmentalise my time into three pockets: personal, family and professional time. A lot of times, personal time and professional time cross into each other. I wake up reasonably early to check emails and do a couple of things before the kids wake up. I have two kids, and they usually wake up around six or seven in the morning. I get my eldest to school by eight. The rest of the day will just be filled with a lot of meetings, internal and external. That can last the whole day, until six or seven pm. Then there are events. It’s always pretty action-packed. Travel is a big part of the business as well. We are a regional fund. I also travel to Jakarta, across the region and outside of the region as well for fundraising and talking to limited partners (LPs).

I do try to carve out time for thinking, – a few hours blocked, no meetings, nothing else – to look through and clear the head about important things to worry about at any point of time, to reset and recalibrate myself personally and for the organisation.

KrASIA: How many startups do you meet in a year?

Lim: As a fund, we see between 800 to 1,000 business plans in a year. About 20 plus or minus. We obviously do not meet all of them. But for me, it’s not uncommon to meet three to four startups a day, sometimes fewer if I am traveling. But that’s not atypical. Some are newer ideas, people who are pitching to us for the first time. Some are revisits we keep in touch with. Some are our portfolio companies, so it’s always a spread of that.

KrASIA: A lot of venture capitalists say that ‘people’ or the team is the most important thing. You seem to agree. When it comes to people, what exactly do you look out for?

Lim: This is where the personality of each venture capitalist can come in. We all like working with people of different types. For me personally, the way I view the kind of founders – between being thoughtful and action-driven, you don’t want to be too much of one or the other. The right amount of humility and disregard for conventions: on one hand, there is an oversized personality, a lot of swagger, on the other hand, it’s guys who are too humble. You want to be confident but not to the extent of being overly complacent. You need to know when you need to dial back and be humble, step back and ask the right questions for the rest of the people.

The sort of resonance between their personalities and our firm’s personality, ultimately, you’ll be working together for a long period of time.

KrASIA: Do you think personality is something founders can train themselves on?

Lim: I will suggest not to. I think it’s important during the fundraising process to be yourself. There are a lot of investors out there, we’re not the only ones. I do recognise that it’s not easy, you have to jump through a lot of hoops with investors. Any time you have to put up this persona or front, it’s probably the wrong situation to be in.